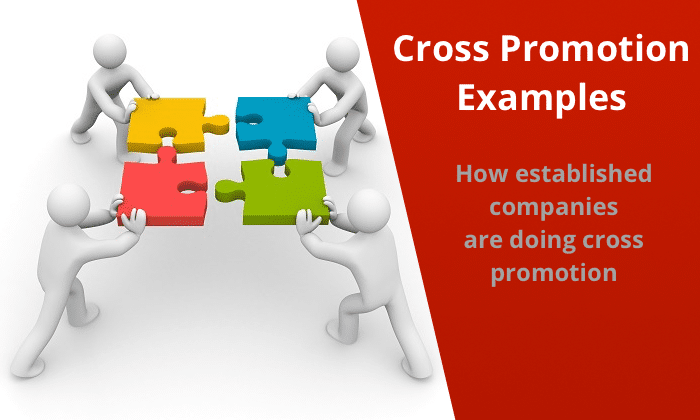 Let me start by showing you an image, to see if it rings any bells for you.

Yes, the partnership between Google’s Android and KitKat is a cross promotion campaign. It’s one of the most famous cross promo campaigns that has reached millions of people. The benefits are perfect for both parties, and they can use each other’s reputation to reach new people and advertise without touching their budget. Nestle’s executive vice president of marketing, Patrice Bula said that there was no exchange of money involved, but just a promotional element: 50 million KitKat bars were created with Android’s branding and offered a chance to win a Nexus Tablet or Google Play gift cards.

KitKat by Nestle is a very famous chocolate bar among youngsters, and that’s one of Google’s targets. The delicious cross promotion campaign is a win-win situation for both companies.

During the Super Bowl, there are often several cross promotion campaigns, and the one between Pokemon and Doritos was just one of them.

When some of the most popular games cross-promote, the results are exciting for gamers. It’s the case with Rocket League, a game company that started a cross promotion campaign with Euro Truck Simulator. In this case, the two companies are not cross promoting with physical products or on social media. Instead, they are dropping some of their items into each other’s game. Here’s a screenshot showing a truck from Euro Truck Simulator added into Rocket Leagues game.

In exchange, Euro Truck has added cabin accessories into their game, promoting Rocket League. The battle car from Rocket league is added on the dashboard, and some toys are hanging on the rear mirror.

When it comes to cross promo campaigns between Software As A Service companies, it’s when things become more interesting. A recent example I encountered was between Positionly, an SEO tool and Brand24, a social media monitoring tool. The two companies are not direct competitors. Thus they decided to cross-promote their users in hope to get more people to sign up for their platform.

This cross promotion example involves cross promo done through an email newsletter. Here’s the email Positionly has sent to their users.

It’s not just a regular partnership, but it also gives their users the chance to get a significant discount for the first three months.

If you work with a SaaS or any software company, you’ll be able to run cross promotion campaigns with the help of Cross.Promo. We are building the first cross promotion platform that will help businesses easily cross-promote their products to users that match their filters. Companies will have the option to segment their preferred audience and only cross-promote to users that are paying monthly subscriptions for a service, based on their location and many other options. Our team is working very hard on releasing the first version of the platform as soon as possible.

Meanwhile, you can request an invitation to Cross.Promo using this form.